Time To Strengthen Your Weak Ties

It's June - warm weather, the promise of summer, and lots of chances to get social. In other words, its time to "network", a word many are averse to. Although this may be a departure from your norm, it's a necessity to propel yourself into the next phase of your career. We were recently discussing the concept of "weak ties," introduced by Mark Granovetter, an American sociologist and professor at Stanford University. He published a paper in 1973 called "The Strength of Weak Ties," discussing how weak ties enable reaching populations and audiences that are not accessible via strong ties. 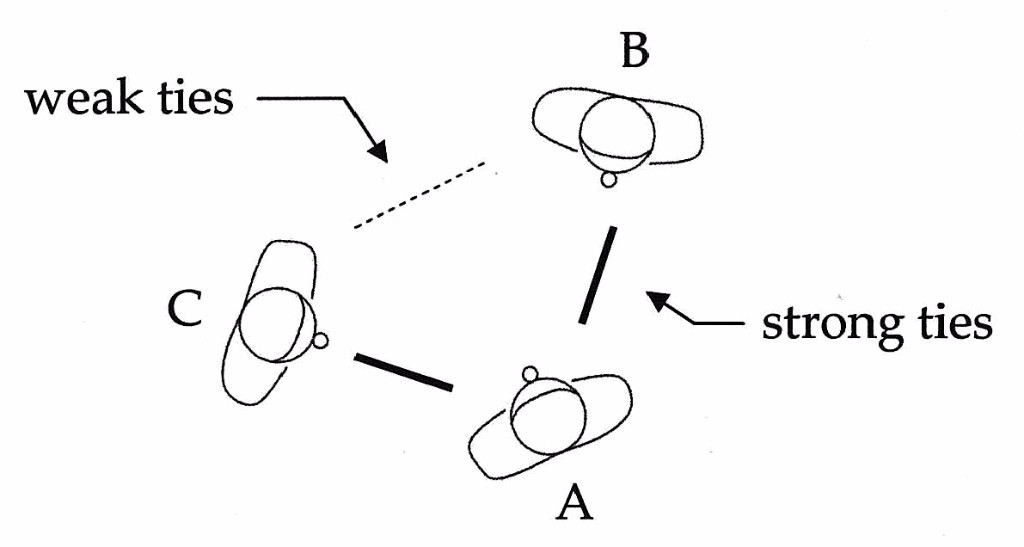 So what is a strong tie vs. a weak tie? Strong ties are deep and connected relationships we have with close friends, family, and colleagues built on common interests. Weak ties are the peripheral connections we have where the relationship is not as strong and shaped by the lack of proximity, frequency of interactions, or common interests.  As explained by Cornell professors, David Easley and Jon Kleinberg in Networks, Crowds, and Markets, “The closely-knit groups that you belong to, though they are filled with people eager to help, are also filled with people who know roughly the same things that you do.” Here comes the power of weak ties; weak ties on the other hand expand the reach of your network and connect you with a group of people (& opportunities) that you'd normally not have access to.
That being said, the only way to build weak ties is to get out there and network.  If you have to pick one goal this summer, make it networking! Meet people, talk to them, and explain who you are and what you are looking for.  Building these "weak ties" may lead you to your next opportunity.